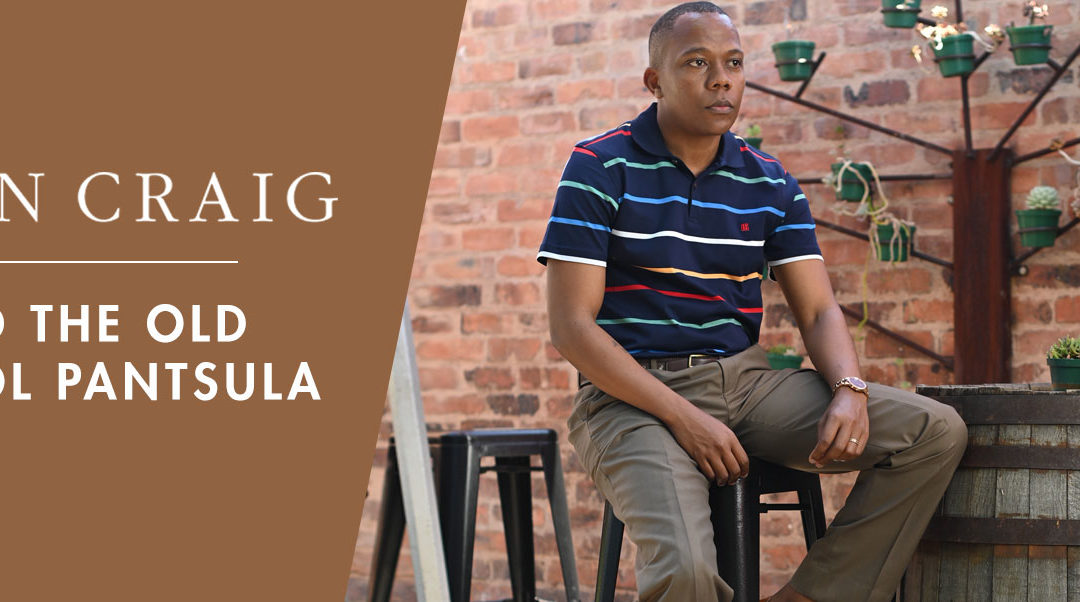 Since 1943, John Craig has built a heritage of retailing aspirational menswear. The chain has also played a large role in the fashion and style of the old school pantsula. This largely due to the focused emphasis placed to retail sophisticated, expertly crafted pieces to its customers. At John Craig, you will find 100% pure Venetian wool Brentwood trousers to classic leather-soled Crocket and Jones and the timeless Florsheim shoes. Shirts, golfers and accessories, and, of course, the 1920s New York-style Dobbs hat that finishes up any outfit. Much of the John Craig fashion collection has been a staple in pantsula dress code sub-cultures for decades.

So what has made John Craig the go-to choice for well-attired men, throughout South Africa’s darkest era and still relevant today? Let’s take a look.

The Lasting Legacy of John Craig

The pantsula movement is far more than a dance group. It was, and always will be, a way of life. Fashion in the 50s, 60s and 70s drew inspiration from American and South African workwear. Pants were adapted to ensure they maintained classic lines, Brentwood being a favourite here. Shirts, lace-up shoes, smart jackets and the iconic Dobbs hat enhanced the look, making the styling easily recognisable and some might say, a uniform of sorts.

The chain began as a small family-run business and due to its popularity, more stores were to follow. Thanks to its accessibility, John Craig became the preferred choice for traditional men to find high-quality attire and footwear. A lay-buy system followed by a full credit service offered a way for style-conscious men to find prestige, branded clothing during the apartheid era – a time when credit was not readily available. Building a wardrobe of expertly tailored clothing and footwear enabled men to embrace their preferred style. With its selection of designer clothing and footwear, JC soon became the destination store for style-focused men.

The resulting ensemble was classic and timeless as its devotees in many ways continue to dress the same today. The polished look was also a core element of the pantsula movement. Younger generations took inspiration from the formalwear worn by their elders and over time, the pantsula style took on a slightly different look. Formal footwear was replaced by All-Stars. The 50s style hats made way for bucket hats.

For gentlemen who still embrace their traditional roots, they ensure their wardrobe includes signature pieces; tailored trousers, expertly crafted shoes, premium quality tops, and a trademark Dobbs hat. These items ensure they are still in sync with their roots.

Find your nearest John Craig store to get the old school cool to find all your pantsula essentials under one roof.